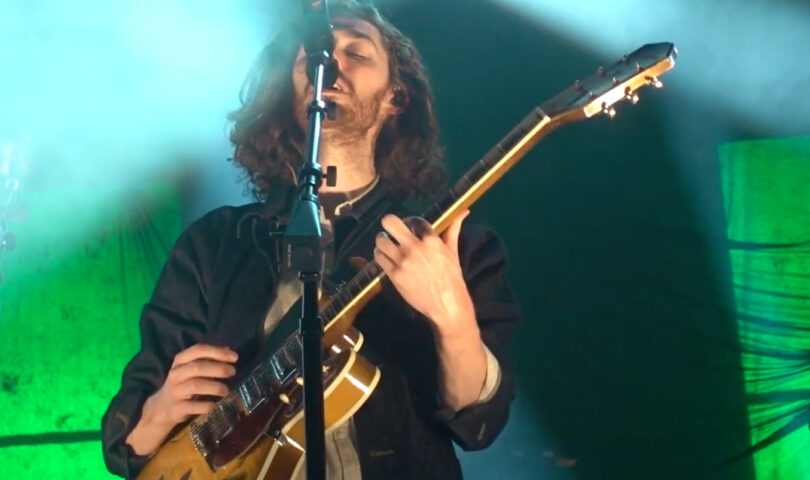 On Oct. 3, Irish singer-songwriter Andrew John Hozier-Byrne — known professionally as Hozier — announced he would soon release a new single inspired by the women’s rights movement. “Swan Upon Leda” will be featured on the tracklist of his third album “Unreal Unearth.”

Hozier’s Instagram post referenced Egyptian-American journalist and social commentator Mona Eltahawy’s argument that the “oldest form of occupation” is the systematic oppression of women. The song was written last year and is intended for his upcoming album, but the overturning of Roe v. Wade and the recent protests in Iran pushed him to release it now as a “show of solidarity.”

“The recent [push backs] against civil liberties and human rights respect no boundaries or borders,” Hozier wrote. “And like all forms of occupation, their legacies can be immeasurable in both the personal and political spheres.”

Four days later, on Oct. 7, “Swan Upon Leda” was released. The historical continuum of sexism mentioned in his post is represented by past and present examples in the lyrics.

The title and first verse allude to the Greek myth “Leda and the Swan,” in which the Greek god Zeus takes the form of a swan to father children with Queen Leda of Sparta. The myth and the art inspired by it have been the subject of much speculation. Historical interpretations disagree over whether consent was present due to the complicated standards of the time and the trend of smoothing over violence in ancient art.

It is worth noting that many other myths involving Zeus contain clearer incidents of sexual assault, indicating a pattern of behavior that favors the darker interpretation. Hozier chooses to honor this.

“A crying child pushes a child into the night / She was told he would come this time / Without leaving so much as a feather behind,” he sings in the first verse.

The lyricism is vague yet pertinent. There is no graphic depiction of violence, but a tragedy is inferred through the half-anxious, half-mourning tone. Listeners understand the gravity of the situation without enduring the traumatic details.

This style continues in the second verse, which references restrictions on abortions in Ireland and Northern Ireland. Although abortion has been decriminalized in both countries, many women still struggle due to harsh restrictions and accessibility issues. This leads to illegal behaviors, such as smuggling medications that can induce abortions from England into Ireland.

The lines “A grandmother smugglin’ meds / Past where the god child-soldier / Setanta stood dead” provide concise commentary on the issue.

Setanta is a demigod in Irish mythology who died in battle at a young age. After being fatally wounded, he bound himself to a stone to ensure he died on his feet. Starting in the 1910s, he has been used as a symbol of Irish nationalists.

The song is emotionally and musically fluid. As each verse transitions to the following chorus, the quick acoustic strumming and low, breathy vocals are overcome by a rising harmony backed by strings. The effect is haunting.

Perhaps the most praiseworthy aspect of “Swan Upon Leda” is how many of the lines can stand on their own. “One more sweet boy to be butchered by men” applies to the deaths of Setanta and Leda’s son Castor, as well as the cycle of toxic masculinity.

The release date of “Unreal Unearth” may be uncertain, but the quality of the songs it will feature is clear. I, for one, will be eagerly awaiting updates on its development.