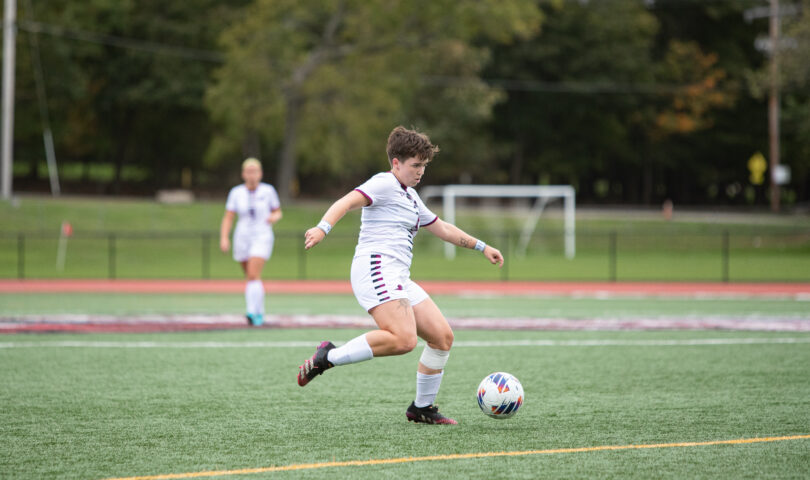 “This win was really important to us because it was our first conference win,” Guccione said. “We have been working hard since preseason to have a good season, and this win really gave us the momentum to carry it to our next games.”

Ramapo’s game-winning goal came from Sam Ingannamorte, off an assist from Ashley Agrillo, to give the Roadrunners a 2-1 lead. The Roadrunners’ goalkeeper, Emma Conlan, recorded four saves throughout the game. NJCU’s Sophia Mannino had seven saves in goal.

“For our next game against Kean and others coming up, we are looking to build on that same momentum and energy we had against NJCU,” Guccione said. “We are focusing on watching film to improve, working hard at practices and bringing energy to every game. If we continue to work hard, we can definitely compete against anyone in our conference.”

As for the men’s team, Ramapo scored their first goal in the 26th minute of action. Ederson La Torre scored on a header off an assist from Thiago Stallhbaum to take the lead. The rest of the first half remained scoreless.

Ramapo did their best to fight back, and it eventually worked. Damian Zurawski scored his second goal of the year off a pass from Jake Szatkowski. Neither team could find the back of the net for the remaining minutes.

Ramapo men’s soccer will play again on Saturday, Oct. 15 at 7 p.m. when they travel to Rowan University in another NJAC match-up. Rowan’s men’s soccer is currently 0-2-2 in conference play.

Ramapo women’s soccer will also return to action at home for another NJAC match-up on Saturday, Oct. 15 at 1 p.m. against Rowan University. Rowan’s women’s soccer is currently 4-0 in conference play.