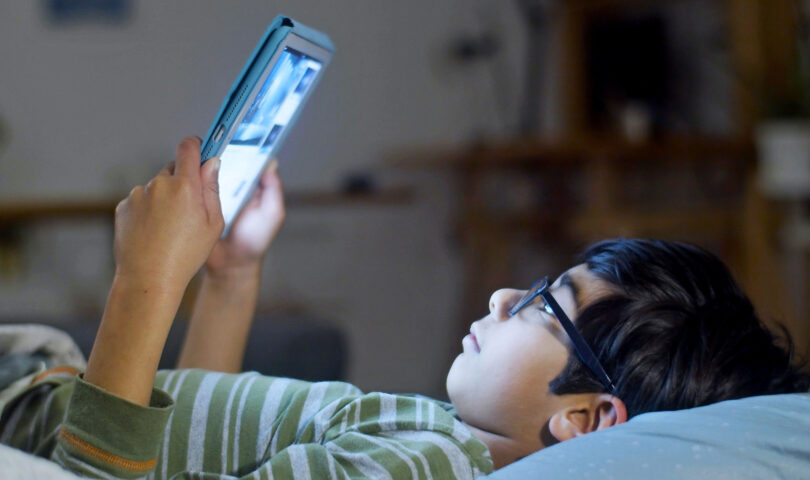 A few months ago, I worked at a children’s birthday party. The birthday girl was turning seven years old, and I painted her and her friends’ nails and helped with crafts, like slime making. I was beyond shocked when in the middle of the party, several of the kids pulled out iPhone 13s.

Seven years old and they have one of the newest smartphones.

Even if the reason is for communication with guardians, it is difficult to stop children from downloading apps like TikTok, the hit video-making app used by people of all ages.

Despite TikTok’s age rating being 12 and up, children under that age still know what it is and use it frequently. However, they do not know how to properly keep their information hidden. Most of them do not even know how to set their account to private.

Recently, the Commissioner’s Office in the United Kingdom discovered that “TikTok may have processed the data of children under the age of 13 without parental consent,” according to CNBC.

TikTok is facing a $29 million fine for the violation, as they should. These are children, and now their information can be anywhere and everywhere without their knowledge or the knowledge of their legal guardians.

Of course, the issue here is TikTok and its set-up. But I can’t help but argue that the parents should shoulder some blame. Honestly, children younger than 12 should not have access to this kind of platform.

It is crucial that children learn about the dangers of the internet before receiving a device that gives them access to it. I hate the excuse that parents give their children smartphones so that they can communicate with one another, because where is your child going that you’d need to track them or text them?

Parents often arrange playdates for their children and can do it by communicating with one another without the children’s involvement. It is equally irritating when they do not monitor or have limits on what their children are doing on their phones.

There are countless websites, apps and links that could hurt a child. There is access to extreme images online that could desensitize them. Not to mention that it is harmful to their growth and development, and it can lead to changes in their behavior and attitudes.

Junior elementary education major Kira Podlipski said that she got her first smartphone at age 12 when she was in 6th grade, but she definitely made a social media profile before then on a different smart device. This early exposure changed her views. “That’s what I wanted my life to be like,” she said regarding what she saw as a kid on social media.

It is no question that social media is more fake than it is real, and those fake pictures and videos can have a negative impact on the children who view them — especially without proper education on the internet and its culture.

This is not just about a data breach, but about the protection of children and whether or not it is necessary for them to have the latest iPhone. In my opinion, children should not have access to such platforms without being properly educated on the subject. They don’t really need a phone until they reach 7th or 8th grade in the first place.

Before that age, children should be able to just be children. They should be able to buy clothes that they like without thinking about what the older people on TikTok are wearing. They should go outside and do outdoor activities rather than recording themselves doing dances that are definitely not appropriate for their age.

Unfortunately, technology does not seem to be slowing down anytime soon, but it’s not too late to stop children from growing up way too fast on the internet. Information should be protected and so should children.