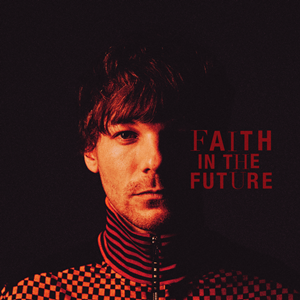 As a longtime fan of One Direction, seeing the solo careers of all five members makes me reminisce on my childhood and the band that once was. However, I can’t lie – I love some of their solo work. I am a huge fan of Harry Styles’ and Niall Horan’s music, so I can’t be too upset about their independent endeavors.

My favorite member of the band, and the most underrated, is Louis Tomlinson, the 30-year-old Doncaster native that brought higher pitched vocals and bright suspenders to the band back in 2010. He was never given the same vocal opportunities as his bandmates, making it rare when he was a leading voice on a song.

After One Direction went on their hiatus in early 2016, Tomlinson released a couple collaborative singles, and his album “Walls” debuted in January 2020. I was excited to see Tomlinson thrive on his own and receive the same type of attention his former bandmates have already reached, but “Walls” unfortunately wasn’t something I enjoyed.

I’ve spent two years feeling bad for not enjoying Tomlinson’s work, because I love him so much as a person. However, his sophomore album “Faith In The Future” dropped on Nov. 11, and I am finally on board with his music. It’s a pop-rock album that’s heavily reminiscent of early 2000s alt-rock, and these combinations have helped him solidify his own sound.

Starting off not that strong with “The Greatest,” I was nervous that the rest of the album would be similar to this song. Its lyrics and composition are very repetitive, and there just wasn’t much excitement for me to hold onto.

I was pleasantly surprised, however, once the second track “Written All Over Your Face” started playing. About 30 seconds in I favorited the song because I couldn’t believe how much I liked it. It’s very upbeat with a suggestive flair to it. The gentle guitar picking and loose drum beats create a mysterious and flirtatious tone that I lost myself in.

The leading single of the album “Bigger Than Me” continues to be a heartfelt pop-rock anthem and a standout song on the album. I think this song has the most sentimental value, as Tomlinson achingly sings about overcoming self-doubt and negativity. The compositional growth mirrors the personal growth that he has overcome over the years, which makes it hit harder.

In an interview with EUPHORIA Magazine, Tomlinson said, “It’s definitely the biggest sounding song I’ve got on the record, definitely the song that stands out as being one that should be a single…It shows off my vocals, so I’m really proud of what we got out of it.”

Tomlinson hasn’t had an easy life, and since being in the public eye, he has faced some of the harshest losses, which is reflective when he sings “I used to hide behind a smile.” Tomlinson’s mother died of leukemia in December 2016, and one of his younger sisters, Félicité Tomlinson, died in 2019 at 18 years old from an accidental drug overdose.

Much of his first album reflects on these lost relationships and grief, but I think the way he expresses all of his different emotions on “Faith In The Future” is much more mature than before.

Track 14, “Angels Fly,” is one of my favorite songs, and it is an edgy ballad that radiates comfort. Tomlinson affirms himself and listeners that all will be okay, because “If every star is an eye in the sky / You’ll see angels fly.”

In the second verse he sings, “Put the pain behind you now / You don’t need it anymore” and encourages in the pre-chorus to the chorus that “right now, all I need you to know is / You’ll be okay.”

Most of the songs capture this same sort of perseverance and affirmations of emotion, which at times does become repetitive. The common thread throughout the album is clear, but Tomlinson still gives every song its own identity.

“Faith In The Future” is a stellar album with raw emotion and a great balance of somber and upbeat songs. I am excited to watch Tomlinson finally receive the praise and attention he has always deserved.