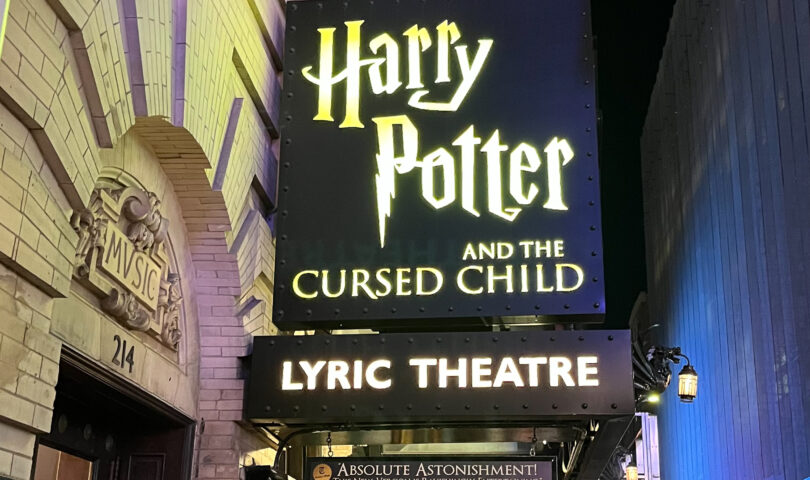 The magic and wonder of the “Harry Potter” universe has shaped so many of our childhoods – and mine is no exception. With a seven-volume book series and eight films, I’m sure if you asked anyone on the street if they knew who Harry Potter was, they likely would. Harry Potter hit Broadway with another performance, and thanks to Ramapo, students had the opportunity to enjoy the showcase.

The show introduces new leading characters Albus Potter and his best friend Scorpius Malfoy and it follows their journey growing up and how they react when the notorious villain Voldemort re-emerges from the shadows. Not only do we meet a new generation of students, but we also see some familiar faces, like Harry, Ron, Hermione and several others, who now have to deal with adult issues and parenting their children.

The show originally premiered in London in 2016, along with a book version of the script, and I was ecstatic after being an avid Harry Potter fan throughout my youth. With the announcement of the show coming to Broadway in March of 2018, I knew I had to see it.

At the time during the pre-COVID era, this show was a lot longer than it is now. In the past, it was broken up into two performances with around two hours in between shows so patrons could stop and have a dinner break before a night performance of the second act. It’s an immersive day with about five and a half hours of showtime. Since the show’s return from the COVID hiatus, however, the show was shortened, cutting about two hours of material.

When I first heard that Ramapo’s Roadrunner Central was having a trip to see this show, I was immediately intrigued, as I wanted to see what had changed in the four years since I’d seen the show, especially since much of the show was cut out.

From the moment we entered the theater, we were immediately immersed in the “Harry Potter” world with the stunning lobby showcasing the beautiful architecture with a London telephone booth photo op, house banners and even a Patronus room where you scan a QR code and the Patronuses on the wall come to life. No stone was left unturned at this production. Even the lighting fixtures were themed to the “Potter” universe.

Inside, aside from the usual little gift shop, there was a concession shop where attendees could get many of the notable snacks from the books, from butterbeer to chocolate frogs and even chocolate wands. Of course, I made many purchases. Once we got to our seats, we were excited to see what was to come, and the show did not disappoint.

I can now see why “Harry Potter and the Cursed Child” received six Tony awards at the 2018 award ceremony, including Best Play, because it really is that good. Even if you’ve never read a “Harry Potter” book or seen any of the movies, you should still plan on seeing this play. It will show you the true meaning of identity and family, and I’m sure you’ll be in awe of all of the amazing things that will emerge from your experience in the wizarding world.