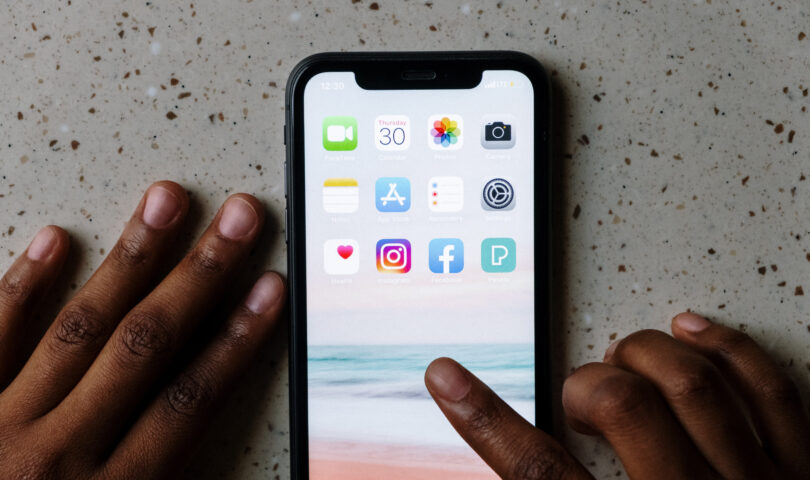 I remember when Tumblr banned adult content in 2018 in response to the iOS App Store removing it due to finding unlawful pornographic content. In 2019, Automattic bought Tumblr from Verizon and began trekking towards building a platform that neither promotes sexual exploitation nor submits to purity culture.

A recent major step is loosening Community Guidelines and launching Community Labels, a feature for marking and filtering posts based on if they contain “Drugs and alcohol addiction,” “Violence” or “Sexual themes.”

“We want everyone on Tumblr to be able to fully express themselves while also having control over what they encounter on their dashboards,” staff explained in the Community Labels launch.

The sentiment is well-intentioned, but I noticed the vagueness of the rules regarding “Sexual themes.” Staff stated “visual depictions of sexually explicit acts remain off-limits,” but no examples of what crosses the line were provided.

I interviewed two creators over Tumblr DM’s about how this gray area subjects them to undue restrictions.

Karlovy Cross, a self-described “sapphic illustrator,” makes her living off promoting her work, store and Patreon.

“As I started exploring more mature themes (exposed nipples, nudity, and sapphic sensuality) in my artwork, I very quickly noticed how my reach has dropped significantly with my work being labeled as mature, blurred and ultimately suppressed by the algorithm,” she said.

Poet Silas Denver Melvin found Tumblr’s rules to be less restrictive than other platforms, but it is no paradise.

“I’ve been very lucky to be mostly untouched by the ban. Writing + typography based graphic design has, in my experience, been forgiven, though I have had at least one post struck + removed for ‘offensive’ language,” he said.

Users who do not manually apply Community Labels to their posts may experience it occurring automatically. Automated post-labeling is often inaccurate.

Cross described how a recent piece titled “Fae’s Gentle Kiss” depicts a chaste scene, two fully-clothed girls with fairy wings resting on a pile of leaves together, yet Tumblr notified her the post contained mature content.

“It’s a little disheartening… It’s definitely sending ‘being gay is not acceptable’ vibes,” she said. In her experience, Tumblr’s Community Labels are less helpful than advertised.

“I started using the mature label and immediately noticed a difference in engagement between my posts that have not been labeled,” she said. “Posts that were not labeled did well until Tumblr labeled it mature themselves and the engagement slowed down significantly.”

Social media has become the newest battleground for the historic war between censorship and artistic expression. I have always been fascinated by this division, and I cannot quell my outrage over how LGBTQ+ creators seem to face heavier opposition than their heterosexual and cisgender counterparts.

Cross’ experiences across her Tumblr, Twitter and Instagram have taught her that what she and many other creators consider to be explicit often conflicts with moderators’ views.

“My work tiptoes between NSFW and SFW. I personally don’t consider nudity and nipples inherently sexual but social media platforms don’t agree. I love exploring themes of nudity and body hair positivity as a way to find acceptance in my own body,” Cross stated. “However, when social media slap the mature label and hides my work, it’s hard not to feel like my own body is something that should be to be ashamed of and that my body is inherently sexual by simply existing.”

Melvin’s experiences are similar. “All my work is work that is probing for purpose + meaning. As an adult, my art naturally includes adult content, such as graphic language, inflammatory imagery, & occasionally ‘pornographic’ themes (when writing about transsexual intimacy which is often considered taboo or unsightly by default). These themes have clashed greatly against social media guidelines.”

Melvin’s response to Mullenweg’s argument was nuanced. He acknowledged how mainstream companies “have always been hostile towards adult content creators, especially sex workers.”

“It’s obviously a tricky, multifaceted subject with many positives & negatives, but I think the world as a whole would benefit from reconsidering what they view to be sex work, pornographic, & ‘tastefully’ portrayed nudity + sexuality, as they are not neatly separated categories & tend to intersect at multiple points, & do not need to be such a source of shame, panic, or disgust.”

Overall, Tumblr’s Community Guidelines and enforcement practices continue to conflict with the creators that make the platform so unique and diverse. I have been a user for longer than I care to admit and have no desire to leave any time soon, but I am not blind to the desperately needed updates and revisions required before staff can boast of taking meaningful steps toward “a richer, more nuanced Tumblr experience.”