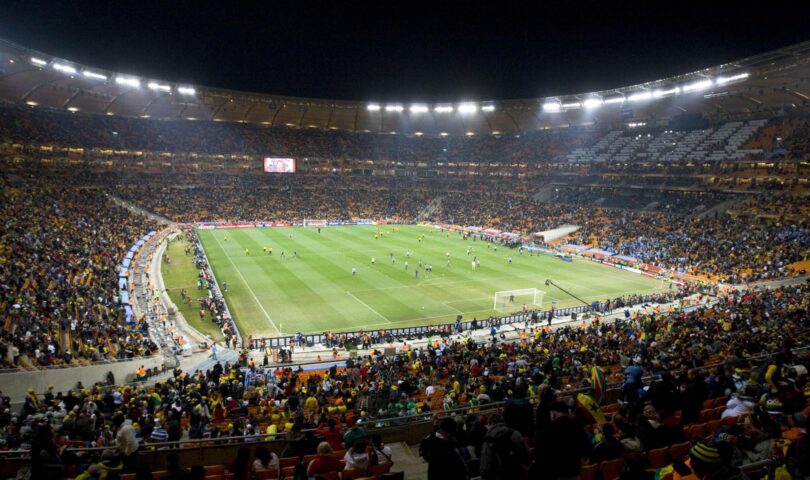 After eight long, excruciating years without being in the FIFA World Cup, the U.S. Men’s National Team (USMNT) has finally returned after failing to qualify in 2018. This time around, the U.S. is making a statement about the tournament’s host country, Qatar.

The team is wearing pride color badges on their jerseys while they prepare for matches at their designated training facility, Thani bin Jassim Stadium. The recoloring of the crest is in response to Qatar’s harsh laws on homosexuality, which include up to three years in prison and even execution for Muslim men. The team will also be displaying the pride crest and flags with rainbow coloring at pre-match fan gatherings.

“We have chatted and continue to have discussions as we lead into the games,” said goalkeeper Sean Johnson in an interview with The Guardian. “We have leaned on the message of ‘Be the Change.’ That is something that we have been proud of and continue to work towards, be impactful with ourselves, our presence and our platform, and we will continue to be so here in Qatar.”

Since winning the World Cup bid in 2010, which some “footy” fans believe was a result of massive amounts of corruption, Qatar has influenced the sport and society in a different manner, shedding light on the issues of slave labor, social gender norms, religion and sexuality. The country’s national team is competing in a World Cup for the first time since its independence in 1971.

As well with other participating countries, the USMNT is putting its foot down. The team is acting within their own regulated power in this Middle Eastern country to show support for a demographic that is under attack. And they’re doing it by exemplifying their own retaliatory practices that even take place back home in the States.

The LGBTQ+ community has a long, complex history in the U.S., with protests starting in the 1970s forcing the federal government to start evening the playing field in sports, politics, healthcare, etc. It’s only right for a country with such a deep, mostly morbid past to stick up for what is right and showcase its progression on this particular issue.

But it’s not enough.

Teams like Germany and Wales have gone above and beyond, waving pride flags before matches and repping rainbow-colored armbands while playing. The U.S., on the other hand, has only displayed the colors at its own training and parties. So, if the United States wants to be leading the charge and “be the change,” why only protest Qatar and its treatment of gay people privately?

According to Gallup, almost 8% of the United States identifies as part of the LGBTQ+ community, which is roughly 2.7 million people. Despite how members of this demographic are integral to its society, the United States has actually failed to defend them away in Qatar.

Yes, some nations may have their own thoughts on the Qatari government and how it operates with religion and immorality influencing its legislation. However, the United States has always served as the police officer of the world and has now decided to take a step back.

If the USMNT wants to make a true impact in Qatar, they need to wear pride-colored armbands during matches, regardless of fines, wave flags, speak out and stop letting FIFA cater to an inhumane, corrupt government that’s still living and operating as if it’s the Stone Age.