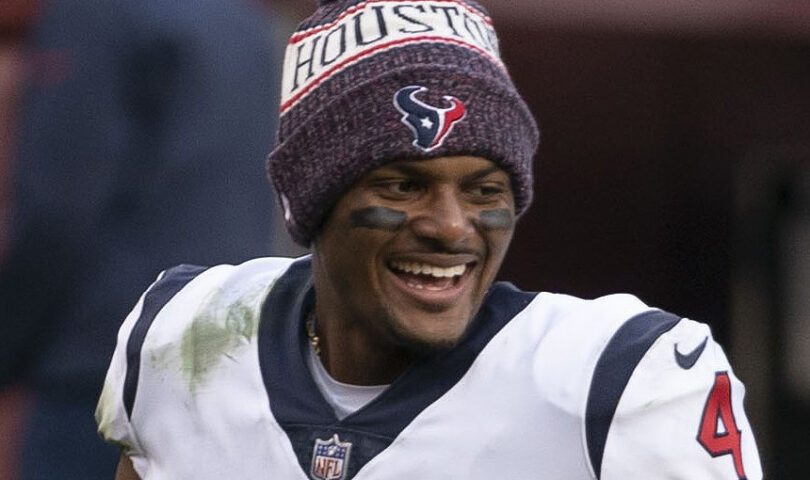 Three-time NFL Pro Bowl quarterback Deshaun Watson took the field for the first time in exactly 700 days on Sunday for the Cleveland Browns after serving an 11-game suspension. The suspension — which came with a $5 million fine — was due to “violating the NFL’s personal conduct policy” and was negotiated up from its original six-game length.

Following the conclusion of the Houston Texans’ season in 2021 — a season that saw the team finish 4-12 — Watson requested a trade from the organization that drafted him in 2017. The market was expected to be strong for the former Clemson quarterback, as not many franchise-altering players ever get listed on the trading block.

That was, however, until March of 2021, when Watson was accused of sexual assault by a personal massage therapist, represented by Houston lawyer Tony Buzbee. In the days following the first accusation, Buzbee’s firm was contacted by over 20 women alleging sexual misconduct against Watson. The allegations against Watson included indecent exposure, forced sexual acts and making veiled threats.

The 2021-22 NFL season began with no resolution to either situation — the claims against Watson were still being investigated, and Watson still wanted a trade. Though Watson did not receive a suspension from the league at the time, he remained off the field due to the trade request, citing personal reasons. Watson remained out for the duration of the season.

In March of 2022, one year after the allegations first came to light, a grand jury in Harris County, Texas chose not to indict Watson on charges of harassment and sexual assault. It is vital to note that the job of a grand jury is not to decide guilt or innocence, but rather to determine probable cause to believe a person has committed a crime. With that news in mind, teams began calling again to trade for the disgruntled quarterback.

Seven days after the Harris County grand jury decided not to indict Watson, the Cleveland Browns traded three first-round picks, a third-round pick and two fourth-round picks to the Texans in exchange for Watson. With the trade also came a brand new contract — a record-setting deal at that. The Browns gave Watson $230 million in guaranteed money, the most ever for a fully-guaranteed deal in the history of the NFL.

In May, Watson faced another two allegations, bringing his total number of accusers to 24. The New York Times later published an article detailing the accusations against Watson, saying that the quarterback routinely used non-disclosure agreements (NDA) to keep the women silent, and that the NDAs were provided to him from the Texans organization.

While the story continued to develop, the NFL hired an independent disciplinary officer to determine a proper punishment for Watson. It was recommended that Watson be suspended for six games, but after public backlash and negotiations among Watson, the NFL Players Association and the NFL, it was agreed that the suspension would be for 11 games with a fine of $5 million.

His return to action on Sunday calls into question the morals of both the Cleveland Browns and the NFL. Watson has since settled with 23 of the 24 women accusing him of sexual misconduct, all while suiting up to play in the most watched — and most profitable — league in North American sports.

There is no doubt that Watson is a money-maker for the league. In fact, his jersey sales have skyrocketed since his trade to Cleveland. The Browns did not hesitate to pull off one of the biggest trades ever despite the accusations surrounding Watson — trading for him just days after the grand jury decided not to indict.

So what does that say about the state of the league — or the desperation of the Browns to add a player facing serious claims? In fact, this isn’t the only time in the last five years the Browns have acquired a player facing assault claims, as they signed running back Kareem Hunt in 2019 after he was accused of three violent incidents, leading to his release from the Kansas City Chiefs.

The NFL will always prioritize money over morals — just look at how they treated wide receiver Calvin Ridley. Ridley was suspended an entire season — seven more weeks than Watson — for gambling on NFL games. In a statement regarding Ridley’s suspension, Commissioner Roger Goodell said “There is nothing more fundamental to the NFL’s success — and to the reputation of everyone associated with our league – than upholding the integrity of the game.”

If Goodell’s message is true, Watson should not have been on the field this past Sunday. There should not have been fans wearing “Bitch I need a massage” T-shirts in the stands. Instead, the NFL showed the only definition they have of “integrity” is related to making a profit.