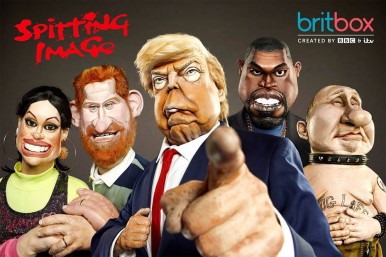 Photo courtesy of Fair Use, Wikipedia How popular would a television series have to be to have major celebrities actually looking forward to being lampooned in horribly distorted cartoons of themselves? As popular as the Brit-hit satire puppet show “Spitting Image.” “Spitting Image” was an era-defining comedy series that started […]