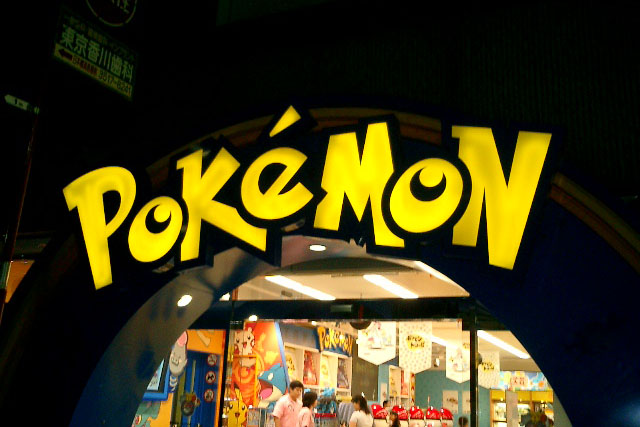 Nintendo is the company behind some of the most iconic video game franchises ever. One of their most recognizable, Pokémon, turns 20 this year. In recognition of the brand’s anniversary, Nintendo is launching several new Pokémon games and announcing plans for their future projects. Ramapo students are excited to see new additions to the beloved childhood series.

The Pokémon brand launched on Feb. 27, 1996 with Pokémon Red and Green versions for the original Game Boy handheld console. These two games were only available in Japan.

On Sept. 5 1998, Pokémon crossed the ocean and arrived in the United States in the form of an animated television series, which attracted an average of 1.5 million viewers per episode. Later that same month, the video games Pokémon Red and Blue were launched in North America. As of December 2014, these first three Pokémon games – Red, Blue and Green – had sold 31.38 million copies.

Recalling fond childhood memories, freshman Stephanie De Lellis said, “When I was younger and got good grades, my mom would take me to Toys-R-Us and buy me the latest Pokémon game.”

Pokémon’s 20th anniversary celebration began during Super Bowl 50, with a minute-long commercial called “Train On.” The commercial did not advertise a specific game, but instead built excitement for the brand in general, as it played off feelings every player has had toward game: everyone wants to be the best, like no one ever was. The commercial ended with a link to Pokémon20.com, a website which features a number of commemorative products and information on special releases.

“I think [the trailer’s] a great combo of motivation in life in general; it definitely gets people excited for Pokémon again,” said freshman Fiona Connell.

This February, Nintendo hosted a “Nintendo Direct” presentation, which will be part of a series. These presentations are aired with the intent to provide in-depth explanations of new additions to different branches of Nintendo.

This particular one announced the arrival of two new games and the relaunches of three old ones. The two new games are Pokémon Sun and Moon Versions. These two games are slated for the holiday season of 2016.

“I’m excited to return to the game after 2015 yielded no main series games. It’s kind of weird that we’ve been conditioned to feel like one year without a new Pokémon game is too long,” freshman Eric Lapp said.

The three old games, however, are available right now on Nintendo’s “Virtual Console” store. The first three games, Red, Blue and Green, were launched following the presentation, exactly 20 years after their launch in Japan. The “Virtual Console” is a feature on modern Nintendo products that allow the user to purchase and play games from the original Game Boy, Game Boy Color and Game Boy Advance on their device.

The other new game that is being made by Nintendo is not going to be available on Nintendo-branded handhelds. Their smartphone game “Pokémon GO!” is currently scheduled to launch in 2016. Although the exact date is unknown, the company producing it – Niantic Incorporated – is widely known in the video game production world. Niantic was originally formed by John Hanke, co-creator of Google Earth. Niantic is known for the Ingress, which is an augmented-reality smartphone game that uses GPS technology. Ingress currently has 12 million downloads and Nintendo plans to use Niantic’s experience with GPS technology to make Pokémon GO! a success.

Whether it be a completed Pokédex containing all 719 Pokémon or a collection of the tie-in products the brand offers, like trading cards and figurines, many of today’s college students share a connection to Pokémon in some way, shape or form.