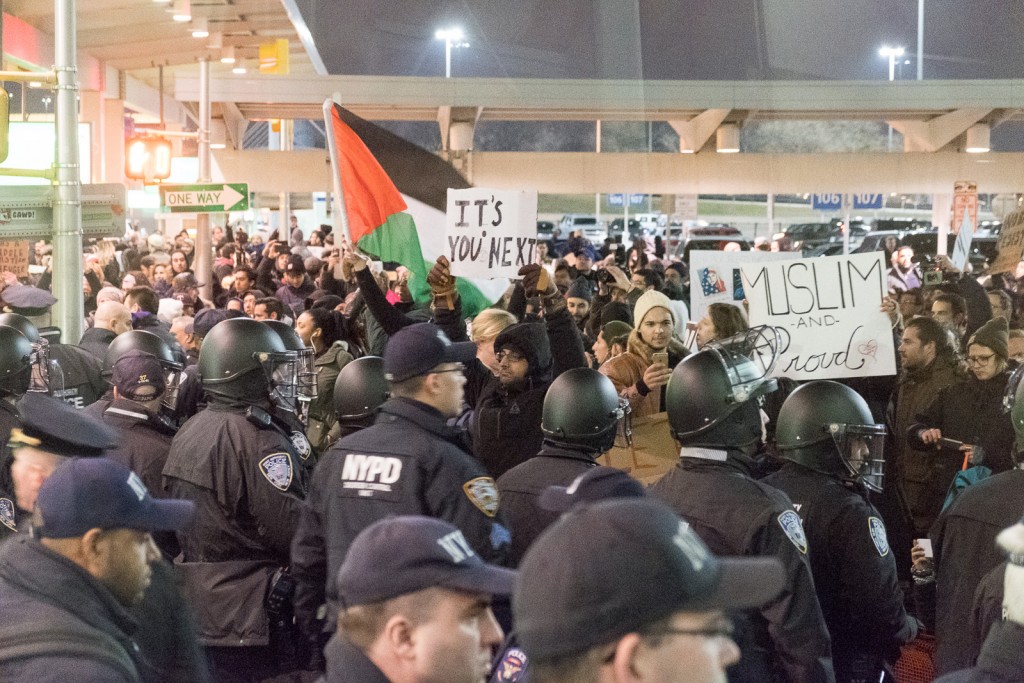 The United States has enacted a ban on Syrian refugees as of Friday, Jan. 24. The ban, created by President Donald Trump’s Executive Order, has also suspended immigration from Iraq, Iran, Sudan, Libya, Somalia and Yemen.

“We don’t want them here,” the New York Times has quoted Trump saying in reference to Islamic terrorists. “We want to ensure that we are not admitting into our country the very threats our soldiers are fighting overseas. We only want to admit those into our country who will support our country, and deeply love our people.”

According to CNN, there are more than 4 million refugees escaping the civil-war-torn country of Syria. The war, to put it simply, was started when the current President Bashar al-Assad violently retaliated to a revolt. Since the conflict began in 2011, the United Nations Radio has reported an estimated 400,000 deaths. A multitude of countries have responded to the crisis. According to CNN, Turkey has accepted 1.9 million refugees with Lebanon accepting 1.1 million and Jordan accepting over 600,000.

The ban, however, has affected more than just those being labeled by Trump as “Islamic terrorists.” According to the New York Times, the ban has also created problems for green card holders from these countries. The New York Times reported “numerous” accounts of “American students attending universities who were blocked from the United States from visits abroad.”

The Tuesday night following the order, protests erupted across the country as, according to the New York Times, an estimated 100 to 200 people were detained in airports.

At Ramapo, President Peter Mercer as well as numerous students, have expressed a desire to keep Ramapo as a safe space.

“As I traveled this weekend from San Francisco to New York, I saw some of the chaos and disbelief occurring in the airports. However, I also witnessed palpable good will among airport personnel, passengers, protesters and others,” Mercer stated in an email sent to the Ramapo community.

Mercer cited several resources in the email including the Ramapo Center for Health and Counseling Services, the Ramapo Council on Faith and Spirituality, Ramapo’s Office of Equity, Diversity, Inclusion, & Compliance/Affirmative Action, as well as the Department of Homeland Security.

Students seem well aware of the impact the order will have on campus and the neighboring community.

“Should a Muslim Ramapo student desire to travel internationally or across state borders for the purpose of visiting their family—there is a strong possibility that they would not be able to return,” Karlito Almeda, senior and self-proclaimed activist, said. “At hand, Ramapo students are physically and emotionally imperiled as they would not be able to finish their education at Ramapo.”

Almeda explains that this ban could have larger effects than initially foreseen.

“There is a cascading effect with the Executive Order. In drawing another legal distinction on a person’s immigration status, employers must look at individual immigration statuses – this discriminates people from employment and putting them at physical risk of displacement. In essence, making them a refugee within their own country,” Almeda said, explaining that this could also affect Ramapo students.

“We want to take every legal opportunity to ensure the physical and emotional well-being of our undocumented students,” Almeda said.