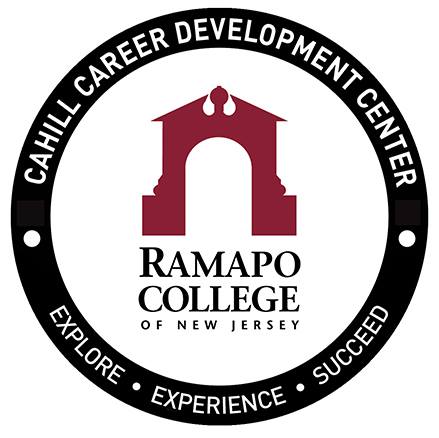 Students filled Friends Hall Wednesday evening for the Cahill Career Center’s sixth annual Career and Internship Conference. The event, co-sponsored by the Ramapo College Enactus team and the Civic and Community Engagement Center, had a central theme of “Making the Public Good Your Career.” Victoria Crispo of Idealist Careers was the keynote speaker for the evening, starting off the program with a talk titled “How to Find, Land and Love Your Social Impact Career.”

Crispo spoke to students about how to tap into their passions and make changing the world a full-time job.

“I get asked about my career a lot. How did I wind up in this work?” Crispo said. “To be honest, I pretty much fell into it. I don’t think there’s a person alive who grows up wanting to be the assistant director of career development, which is a title that I held for 10 years at a small private liberal arts college in New York.”

Despite initially feeling uninspired by her job prospects, Crispo is grateful for each step she took along the way.

“While it was not the first step on the career ladder I thought I would take, it worked for me and led to a great career,” she said. “When I think about the skills and experience I gained, I’m really proud of the strides I made in that role and the ones that followed.”

Initially, Crispo worked as a graduate assistant at her college, but now she is able to do something she truly enjoys.

“Manage your expectations,” she encouraged students. “It’s a really important part of the process.”

After the keynote, students attended smaller workshops based on their individual interests. The options included staying with Crispo for tips on turning volunteering into a job, learning interview tips from Eric Fuchs-Stengel, founder of the Mahwah Environmental Volunteers Organization, and meeting the regional recruiter for the Peace Corps. The second session offered the chance to hear about global internships from Kate Godfrey of the Roukema Center and to learn about time management or social entrepreneurship.

“Many students have an interest in helping people but they are not sure how that translates into a career,” said Debra Stark, a career advisor. “They are interested in global issues and human rights and are seeking ways to build their career around these issues.”

The evening concluded with a panel of the workshop leaders discussing their personal insights into how they got hired.

Students left feeling inspired and reassured about what prospects await them after graduation.

“I went to the Peace Corps one,” said senior Anastasia Caulfield, “It was my second time going and I still found out other information.”

Caulfield, who expressed interest in the possibility of joining the Peace Corps or AmeriCorps after graduation, walked away from the event feeling more prepared and confident.

“I kind of feel like I have a prepared image of what I have to do as far as being able to have a list and stuff that they told us to make,” she said. “It starts the conversation and makes me as a senior a little less nervous for what’s out there.”