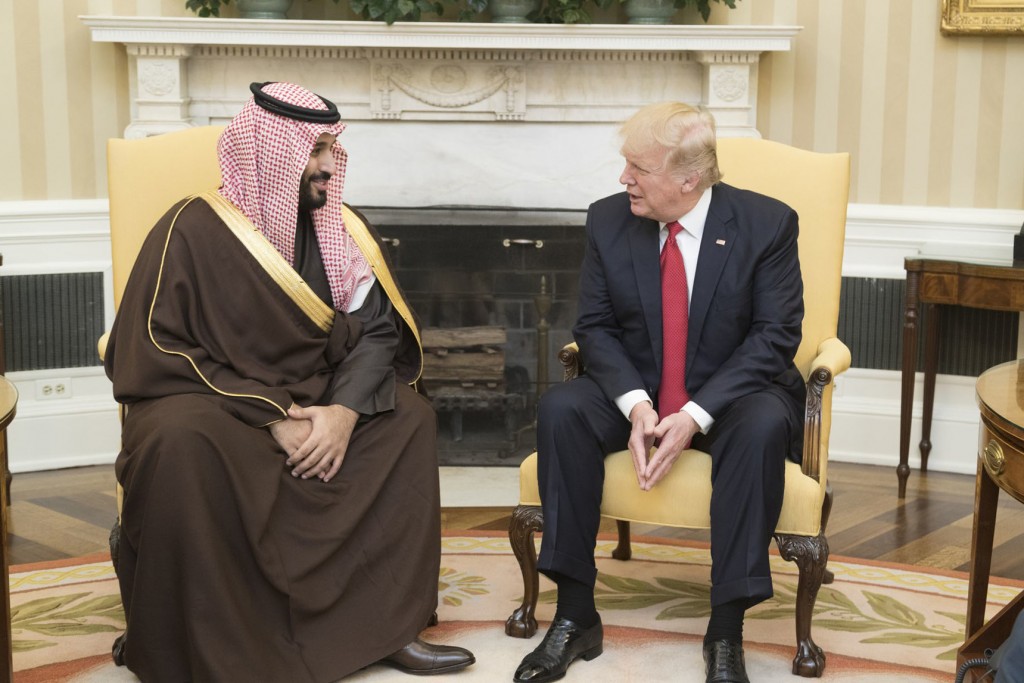 Saudi Arabia’s reputation has long been stifled by corruption and oppression, which is why Crown Prince Mohammed bin Salman’s latest endeavors to rebrand Saudi Arabia seem, at first glance, like a good thing.

According to NBC News, Mohammed bin Salman, or MBS as he is known, announced that he will be implementing reforms “aimed at transforming the way the world sees Saudi Arabia, wean it off of oil and remake the hermetic Gulf kingdom into a hub of international business, finance and technology.” What followed was a political purge, in which “an anticorruption body run by Salman detained 11 top princes, four ministers and dozens of former ministers.”

President Donald Trump was quick to rally behind MBS’s efforts, posting via Twitter, “I have great confidence in King Salman and the Crown Prince of Saudi Arabia, they know exactly what they are doing.”

Unlike the president though, I suggest everyone else exercise caution and skepticism in regards to MBS’s reforms.

MBS’s actions seem to be more like a power grab than a crackdown on corruption. With the arrests, the Crown Prince has rid himself of rivals to the throne. MBS is now unopposed and has lost any potential system of checks and balances, thereby putting MBS in a position of great and unrestricted power.

The eradication of political opposition is standard practice in establishing an authoritarian rule. Therefore, while MBS may be removing corruption from Saudi Arabia, this does not minimize the fact that his intentions by themselves are corrupt.

One simply has to look at MBS’s own history of corruption and greed to see the cracks in his façade. Take, for example, last year when MBS purchased a 440-foot yacht for about $550 million while simultaneously trying to “push domestically to restrain Saudi Arabia’s free-spending habits,” according to the New York Times.

Additionally, the Washington Post reported that MBS awarded the anti-corruption committee in charge of the arrests “the right to take any precautionary measures it sees fit” which included “seizing assets and banning travel.” Once again, this eerily resembles the framework of tyranny.

I do admit that Saudi Arabia is in desperate need of reforms, and that women getting more rights and less restrictions on religions are necessary for the region’s well-being. It is difficult to condemn MBS’s actions when they are in many ways improving the oppressive conditions in the country. Yet once again, MBS’s reasoning behind these reformations are likely corrupt.

MBS is appealing to the vast majority of the country, 70 percent of whom are under 30 according to NBC News. By appealing to Saudi Arabia’s more progressive youth, the 32-year-old Crown Prince is trying to gain their loyalty and allegiance. Saudi Arabia, however, has deep rooted conservative traditions that warrant some restraint when implementing changes. Too much change too fast risks destabilizing the country as a whole.

The destabilization of Saudi Arabia would not be so dangerous if the country wasn’t already involved in a deadly proxy war in Yemen against Iran, which MBS as defense minister has played an instrumental role in orchestrating. On the same day MBS launched his corruption crackdown, “Saudi Arabia's official news agency reported that the country's military had intercepted a Yemen-borne ballistic missile over Riyadh,” according to CNN. MBS is thereby closing in on a war against Iran while also potentially waging war with the conservative base of his own country. He is putting Saudi Arabia in an extremely vulnerable position, but it appears he is willing to take these risks if it equates to strengthening his authority.

MBS is consolidating his power with little regards to the consequences, mostly because it will be his citizens who have to pay them. He does not seem to have Saudi Arabia’s best interests at heart. Outlines for democracy are hiding his tyrannical tendencies. I am not saying to protest the much needed reforms he has begun to implement, but to blindly support MBS as our president has would be ignorant. The Crown Prince’s end goals are power, just like any other authoritarian leader, and we should therefore be weary of his rule.