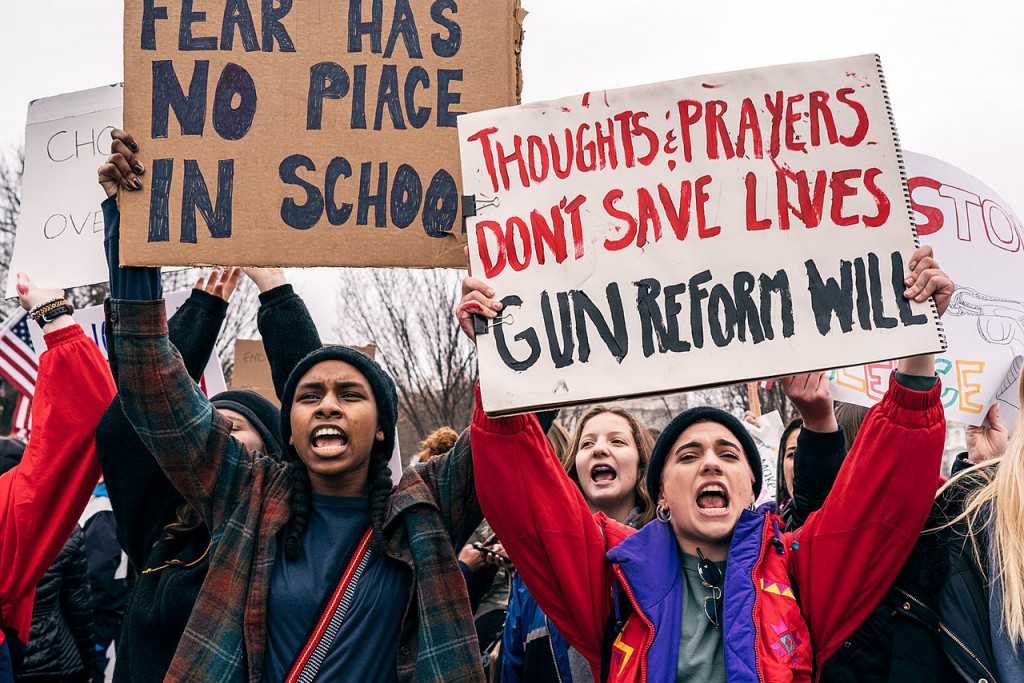 Again and again we bear witness to these tragic mass shootings and terrorist attacks that torture communities and families across our nation. Surely, these tragedies must be preventable. Surely, there is some action that we can take to stop gun violence in America.

This month, students across the nation took to the streets outside their high schools by participating the National School Walkout. This nation-wide protest against gun violence took place on March 14 when students walked out of class for 17 minutes at 10 a.m. across every time zone, a sort of “rolling protest” across the country. The movement was organized by The Women’s March Network, the same group which led the Women’s March and the #OccupyTrump movement early in 2017.

While it is great to see youth empowering themselves and taking active roles in the politics of our time, the fear is that students are following an “act now, ask questions later” philosophy. Many students who participated in the march lack essential knowledge about gun control laws, civil rights and even the basic facts of recent mass shootings which have occurred around the country.

Will youth participating in political protests now remain civically engaged enough to cause a rise in youth voters rates in the next four years?

As of 2010, less than 20 percent of 18-24 year old participate in voting in congressional elections, according to the United States Census Bureau.

The statistic of young voters has been on a steady decline since 1966. Although in recent decades, youth voter participation has increased, the statistic still remains below 20 percent. Youth involvement in matters of national politics, such as the National Walkout, serves as positive proof that teenagers and young adults want to be involved in political discussions. Teachers, school administrators and parents should capitalize on the National Walkout as an opportunity for education about civic engagement.

Rather than giving these students a sense of false empowerment by handing them flashy picket signs and telling them to go shout in the street, adults should be handing them pen and paper and teaching them how to write to their congressmen.

Students need a thorough education about their civil and constitutional rights, the electoral college, and the structure of United States government so that they remain informed and involved in the future.

The Washington Post reported tens of thousands of students participated in the protest. If every high schooler in the United States who felt strongly enough about gun control to march in the National Walkout sat down and wrote a letter to their congressmen demanding change, gun control legislation would see a better chance of reform.

According to the American Physical Society, anybody living with a valid mailing address in the United States has a constitutional right to write to and call their congressmen. You don’t even need to be a documented citizen to reach out to your representatives.

The Women’s March Network website says nothing to encourage youth to write to their congressmen. Instead, the organization is simply encouraging students to haphazardly take the streets, uninformed and angry, to shout about shotguns and semi-automatic rifles that most of these kids have never (and will never) see or shoot in their lifetime.

It was Thomas Jefferson who said that if we are to guard against ignorance and remain free, it is the responsibility of every American to be informed. It is a great thing to see American youth becoming involved in political protest, but educators should take this nationwide movement as an opportunity to instill lifelong civic engagement in students, and not allow the #NationalWalkOut to become a fad-like trend as fleeting as Pokemon Go or Silly Bandz.