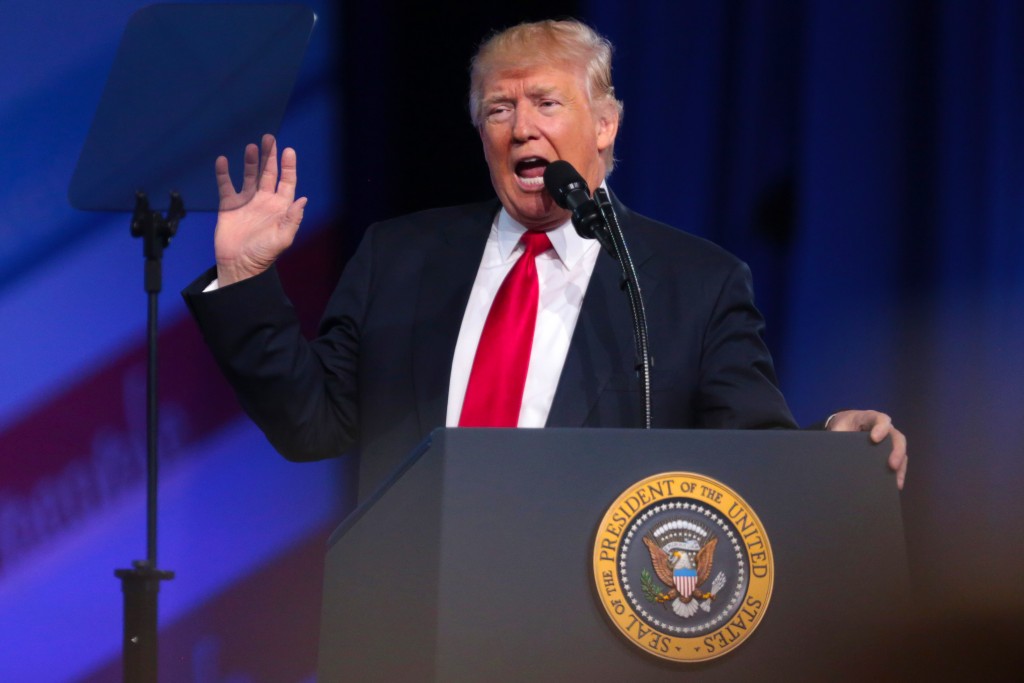 The executive order will cut federal assistance to colleges that do not take enough action to prevent discrimination against Jewish people. It will also establish Judaism as a nationality, no longer limited to a religion.

“With one voice, we vow to crush the monstrous evil of anti-Semitism whenever and wherever it appears,” he said. “Across our country, Jewish Americans strengthen, sustain and inspire our nation. As president, I will always celebrate and honor the Jewish people.”

“This is our message to universities,” he continued. “If you want to accept the tremendous amount of federal dollars that you get every year, you must reject anti-Semitism. It’s very simple.”

“There’s been a lot of unclarity surrounding the application of Title VI to Jewishness, basically, because of a question of about whether Jewishness is primarily a religion — in which case Title VI would not apply to anti-Semitic discrimination — or whether it’s a race or national origin,” a senior administration official told The Washington Post. “This EO will clarify that Title VI applies to anti-Semitism.”

Though this action will expand protections for the Jewish people in America, the action is marred by previous statements he has made.

This action was precipitated by Trump’s attendance Saturday at the Israeli American Council National Summit 2019 in Hollywood, Fla., where he made offensive remarks to the Jewish audience.

“You’re brutal killers. Not nice people at all. But you have to vote for me; you have no choice,” he said. “You’re not going to vote for Pocahontas, I can tell you that,” making a reference to Sen. Elizabeth Warren.

“Some of you I don’t like at all, actually. And you’re going to be my biggest supporters because you’ll be out of business in about 15 minutes, if they get it,” Trump continued, referencing the wealth tax that Democrats would enact.

On Twitter, there were a variety of reactions to the executive order.

In response to The New York Times publishing the signing of the executive order on Tuesday, Myke Cole tweeted: “And thereby setting the stage to define American Jews as citizens of some other nation, and thus less deserving of rights here at home?”

“It is really, *really* frightening for us to be defined as a nationality. The trope of ‘dual loyalism’ is classic antisemitism,” tweeted Emily Cohen, a rabbi at Reconstructing Judaism. “It encourages people to view American Jews as professing greater loyalty to Israel than to the United States– thereby making us untrustworthy.”

“From the crackdown on the very ability to support Palestinian rights to this [expletive] thing which gestures at ethno-nationalizing American Jews right out of their country (all while legit anti-semites are shooting up synagogues),” tweeted Kelly Weill.

Trump has historically been anti-Semitic, and this executive order goes a step further to divide Jewish people into a separate nationality than American.

Judaism should not be a nationality people have to identify with. Anti-Semitism must be addressed in a way that does not suggest that the identity of Jewish Americans is one that they must choose between and divide them from the public.

This executive order should have addressed other religions that are discriminated against; if one religion is protected, then they all should be.