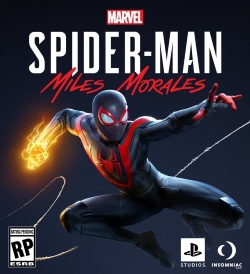 However, it should be noted that “Miles Morales” isn’t a full-length game like “Marvel’s Spider-Man” is. Sony has released small spin-off games for their big franchises before, like when “Uncharted: The Lost Legacy'' was released as a shorter spin-off game after “Uncharted 4: A Thief's End.”

In my experience, it took around twelve hours to finish the main story while stumbling upon some side missions and collectibles along the way. To 100% the game, I estimate it should take an active player around 18-20 hours at the most.

“Miles Morales” picks up after the events of “Marvel’s Spider-Man,” where Miles is training with Peter Parker to hone in his new spider-skills. After Peter reveals that he is temporarily leaving New York, it is up to Miles to protect the city and step into his own as Spider-Man.

The antagonists of the game are The Tinkerer teamed up with the Underground gang, as well as soldiers from Roxxon Energy. Players may feel these enemies are similar to the Inner Demons gang and Sable soldiers found in “Marvel’s Spider-Man,” occupying the same enemy archetypes.

Like Peter in “Marvel’s Spider-Man,” Miles has access to a variety of super-suits for players to wear while swinging around. The standouts are Miles’ suit from “Spider-Man: Into the Spider-Verse,” as well as the Bodega Catsuit (where a Bodega Cat in a Spider-Man mask will help you fight crime).

Speaking of fighting crime, Miles has some tricks up his sleeve that Peter does not. Miles discovers newfound abilities such as an electric “venom” punch, and invisibility during the story. As much as I love Peter, these elements add more variety to the combat, making it more fun to play as Miles.

“Performance” mode runs at sixty FPS, but at the sacrifice of no ray tracing. After playing with both settings, the graphics settings of “Fidelity” make the game look beautiful. However, the fluidity and fast pace of playing at sixty FPS make it hard to adjust back to 30 FPS.

“Miles Morales” also takes advantage of the haptic feedback of the new DualSense PS5 controller. Players can feel actions such as the tension of Miles' webs while swinging, as well as Miles charging up an electric punch, further immersing them in the game through the controller.

Overall, despite not being as long of an experience as “Marvel’s Spider-Man" was, “Miles Morales” is a great follow up, leaving players proud of Miles’ growth as a hero, all while taking advantage of the PS5’s hardware to create one of the first must-play next-generation games.