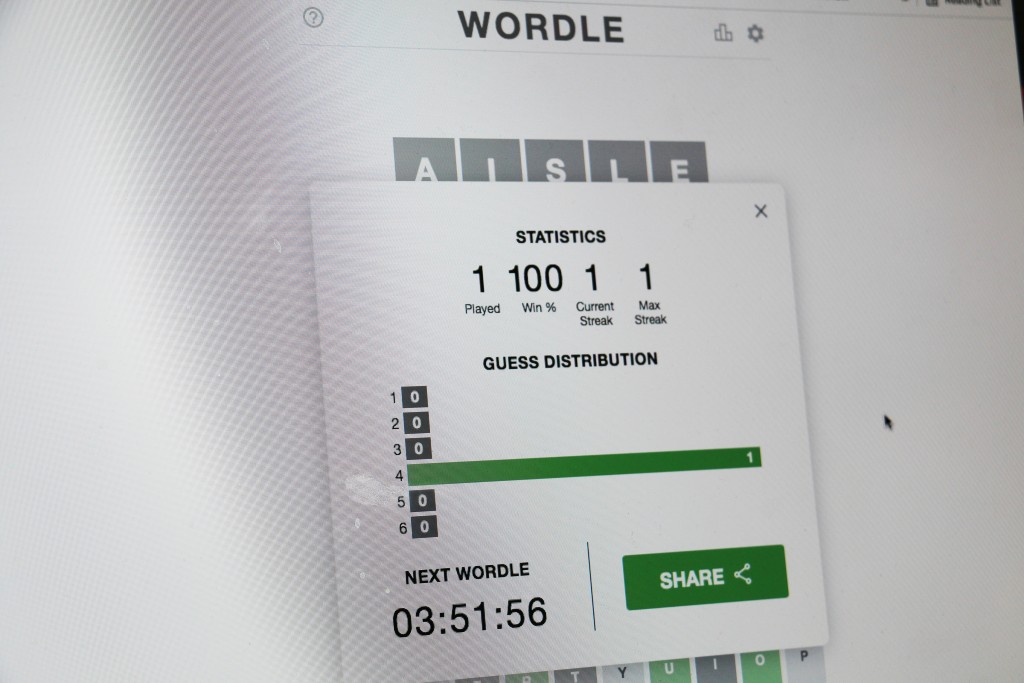 There has been a six-letter word in everyone's mouths recently and that is “Wordle.” This is a web-based word game akin to ‘Hangman,’ and it has been the subject of public craze for the past few weeks.

The game was created by a software engineer in the U.K. for his partner, who enjoys word games. This romantic gesture became a viral sensation to the point where it has been bought by the New York Times (NYT) for a low seven-figure amount.

While this is an excellent development for its creator, “Wordle” is now at the mercy of a massive corporation that makes frequent use of paywalls on their material, from their articles to other games, such as their crossword puzzles.

The Times has been reporting that after the buyout “Wordle” will “initially remain free.” This statement is vague, to say the least. The possibility that they will put a paywall in front of "Wordle" in the future is not being ruled out.

Logistically, NYT has a large opportunity to profit from this hot new game and its large user base. From the standpoint of an everyday user such as myself, this buyout is incredibly frustrating.

Nowadays, it’s rare to be able to find a pure source of enjoyment that doesn't require you to shell out money to some business or corporate entity. As demonstrated by the “Wordle” acquisition, free sources of enjoyment rarely stay free for long.

This is not necessarily the fault of the creator. With the state of the economy, nobody could turn down a payout of such magnitude as what NYT offered. What happened to “Wordle” is certainly not an isolated incident. You’ll be hard-pressed to find a source of enjoyment that doesn’t rely on additional purchases or subscriptions.

It’s for this reason that I believe “Wordle’s” time being free with NYT will be short-lived. I’d be surprised if “Wordle’s” free status lasts longer than six months.

The Times may be a newspaper with journalistic integrity, but it is still a corporate entity and has shown no scruples about monetizing its content. With “Wordle’s” success as a free product, NYT is counting on the fact that the success will continue when it is a monetized product. I don’t necessarily believe that this is true.

One of the attractive qualities of “Wordle” is that you don’t have to pay to play. The New York Times Games subscription, which is likely where “Wordle” would be incorporated into, is $40.00 a year or $1.25 a week. This subscription includes a sizable amount of crosswords and other word games such as “Spelling Bee,” “Letter Boxed,” “Tiles” and “Vertex.”

If you’re a casual “Wordle” player, then I would enjoy the game while it still remains free. After it’s monetized, then there is still the option to check out some of the similar games such as hellowordl.net.