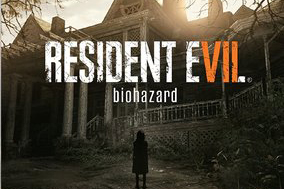 “Resident Evil 7: Biohazard” follows the story of husband Ethan Winters as he travels to Louisiana after receiving a message from his wife, Mia, three years after she disappeared. Once he arrives at a seemingly abandoned house deep in the Louisiana bayou, Ethan realizes that things are not exactly normal. The cannibalistic residents, known as “The Bakers,” capture him and Ethan soon learns they have imprisoned his wife as well. Ethan must survive through the night while trying to escape the Bakers. This is no easy task, as they constantly follow the player throughout the different areas of the game’s map, forcing players to make split fight or flight decisions.

Running won’t work for long against the Bakers: they are fast, heavy damage-dealing bullet sponges that will hunt gamers down no matter how far you run away. That, of course, leaves taking them head-on which is made a little easier thanks to “Resident Evil’s” wide array of weaponry that can keep the Bakers at bay and help Ethan fend off the other enemies that are seen throughout the game. “Resident Evil 7” plays as a first-person shooter (a gameplay style that is a first for the series). Despite that, the controls are slightly clunky and slower than in previous installments in order to make players feel underpowered and inferior to each monstrous enemy they face. This only adds to the intensity of the game.

However, as the game progresses, gamers will lose the sense of being outclassed as the game gives players more than enough ammo to survive against any enemy that finds them. Even at the end of the game, players may find themselves using only one gun with a surplus of ammunition. “Resident Evil 7” has also gone back to the series’ survival-horror roots by having players conserve items due to limited inventory, backtrack through areas to uncover new secrets and solve mysterious puzzles to progress.

The plot is an unsettling 10-hour experience that is enhanced by both the revolting environment that is the Baker house and the pacing of the game’s story. The game constantly offers spaces that let players roam around without fear, just so that it can scare them to death only moments later. This type of pacing adds to the tension, so the game doesn’t rely solely on jump scares, allowing for less predictability for when the scares start to come.

The Bakers themselves are also great: hilarious, terrifying and albeit slightly stereotypical “southern hillbillies,” they are reminiscent of characters from classic cannibal horror films like “Texas Chainsaw Massacre,” “The Hills Have Eyes” and “Wrong Turn.” However, while the overall plot of "Resident Evil 7" is both entertaining and frightening, its connection to the rest of the series is lacking. There is only a slight connection to previous “Resident Evil” titles, and fans may question if “Resident Evil 7” is a true sequel.

Overall, “Resident Evil 7: Biohazard” is a true and faithful apology letter to true fans of the series, that gamers who have never experienced Resident Evil can enjoy as well. Although its connection to the rest of the series is slight at best, fans will see its survival horror connections through their playing experience.