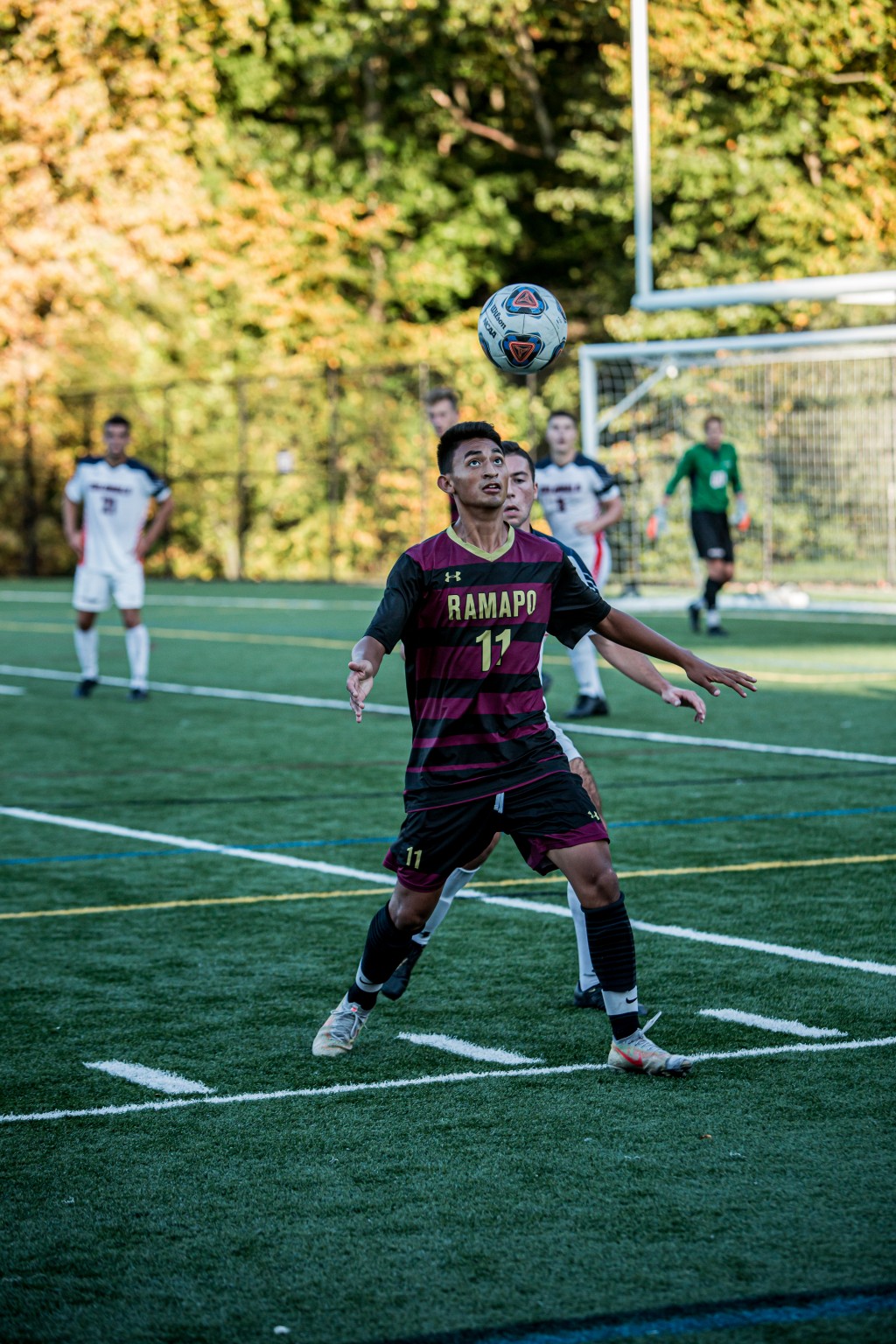 The Ramapo College men’s No. 1 seed soccer team closed out their season with a shocking loss on Wednesday, Nov. 6 against No. 4 seed Rowan University.

After the 1-0 defeat, Ramapo remained hopeful that they would receive an NCAA at-large bid. Unfortunately, they did not, abruptly ending their historic season.

The semifinal game proved to be extremely intense, with both teams putting out their best defensive moves, holding the score at 0-0 for the majority of playing time. It was not until the 87th minute (86:23) that the Profs stole the winning goal on a header that soared to the back of the Roadrunner net.

With a little less than four minutes left on the clock, Ramapo did all they could: they attempted three shots and received one corner kick at the tail end of the game in hopes to tie it up and head into overtime. Sadly, they could not equalize the score, which ultimately ended their season.

For the game, the Roadrunners were outshot by the Profs, 15-14, while also trailing by one in shots on goal, 7-6.  Rowan was rewarded five corner kicks to Ramapo’s three. Aggression also proved high as Rowan was handed 20 fouls, while Ramapo received 16 in total.

Once again, senior Joseph Fala brought his A-game as he attempted five shots, three of which were on goal.  Behind him were seniors Justin Charkowski and Brady White, each recording the same personal statistics for the day: two shots, both with one on goal.

Despite the bitter ending to this phenomenal season, head coach DJ Pinton still has a lot to be proud of. He led the Roadrunners to their first NJAC regular-season title (champions) and the best NJAC record in program history (6-2-2).

A few key players from the 2019 season have also been acknowledged by the conference. Fala earned “NJAC Offensive Player of the Year” for the second year in a row and first-team all-conference.  He has personally led the Roadrunners in goals (15), assists (6), and points (36).

Not to mention, the star forward broke the record for career-game winning goals earlier this season, tallying 19 total and collecting six for this season alone.

Schaffer received the honor of “NJAC Goalkeeper of the Year” and first-team all-conference.  The goalie has logged over 1,180 minutes in the net, currently posting 157 career saves, with 53 from this season. With one more season ahead of him, the junior plans on returning to the pitch in the net for the Roadrunners in the Fall 2020 season.

Overall, the men’s soccer team has a lot to be proud of: they broke the school record that they set last year and were crowned NJAC champions for the first time ever.

Congratulations to head coach DJ Pinton and the entire men’s soccer team at Ramapo for a fantastic season!