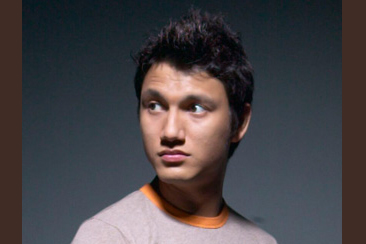 It seems that every horror film’s main characters are devoid of all sense of logic whatsoever. “Sabrina,” an Indonesian horror film recently released to Netflix, is not an exception. One may find themselves constantly screaming at the characters – not out of fear, but pure rage.

This particular movie, directed by Rocky Soraya, is the third in “The Doll” series. The premise, as implied, surrounds demonic possession which presents itself first as a doll. The doll trope is very tired, especially after “The Conjuring” and its sequels, “Annabelle” spin-offs, “Dead Silence” and of course the “Child’s Play” series (which is also getting a reboot).

The plot is pretty basic — the demon uses the doll as a medium and tries to possess various members of a family until they bring a paranormal investigator in to try to figure out how to exorcise the demon from the bodies it possesses and rid the family of it forever.

Instead of being outright bad, it’s unexceptional. "Sabrina" is incredibly predictable, which in itself is not too terrible, but the viewer constantly will find themselves asking how characters could be so stupid. Almost every single time there’s danger — which is often in its almost two-hour runtime (another problem to be addressed) — the character will somehow put themself in harm’s way even further.

A major plot point for the first half hour of the movie – which inexplicably never comes up again — is the usage of an “entity detector app” that allows the child, the first target of the movie, to find spirits around the house. This allows for a couple of jump scare scenes and for the film to try to make itself seem more modern, one can assume. Instead, the app looks corny and out of place in comparison to the rest of the film’s setting.

Also, among occasionally beautiful cinematography, there are some questionable shot choices. Sometimes it looks more like a comic book than a horror film with its freeze frames and iffy CGI practical effects. The film has a subdued color palette which doesn’t mesh with the effects.

It goes between harsh yellows and flames to fairy tale whites. The gore is also very fake and, at times, laughable. The demon later comes in and looks like a mixture of a Star Wars Sith lord and the demon from Insidious. In its entirety, “Sabrina” is a copy of other films, providing almost no fresh content of its own.

On top of it all, it’s hard to pinpoint exactly what message the film is trying to send. There’s a huge religious element to the film as well. The phrase, “There will be no power but Your help,” comes up every time a person is being exorcised and the demon only appears in someone who loses their faith.

Unfortunately, what seems to be the message that is conveyed is either used as a fear tactic for the faithless or just a nod to the many past films involving exorcisms which deal heavily in religious themes. This often feels out of place as no explicit mention of a certain religion or any passages are used, and only vague references to a “You” in their God.

This film is long, meandering and aimless. If a movie is to be two hours, it should have a purpose for its duration. There are multiple times throughout where one may ask if it’s over yet, just to sit through another repetition of what had already occurred.