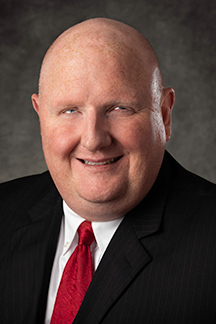 A West Virginia Republican state lawmaker is facing bipartisan backlash after comparing LGBTQ+ people to the Ku Klux Klan in a recent interview.

In the interview, Eric Porterfield claimed the LGBTQ+ community has “persecuted” him because of comments he has made in the past about the group. He complains, saying how they are a “terrorist group” and attack him regularly.

“The LGBTQ is a modern-day version of the Ku Klux Klan, without wearing hoods, with their antics of hate,” Porterfield said in an interview last week with the Charleston Gazette-Mail.

Porterfield has said that the LGBTQ+ community has the same antics as terrorist groups but without the obvious disguises or outfits. He believes that they very violent, dangerous and a very hateful group, but not everyone is a part of it.

Porterfield later reiterated his comments during an interview with NBCNews.

“The LGBTQ — not homosexuals, but the LGBTQ — is the closest thing to political terrorism in America,” Porterfield said.

While speaking about all of this in his past interview, the reporter asked what he would do if his children were gay? His response was very shocking.

“These comments are unacceptable, and we denounce them,” Melody Potter, Chairwoman for West Virginia’s Republican Party, said. “They have no place in America.”

I believe Porterfield should be punished for his accusations. He is supposed to be a speaker for all the people of West Virginia.

Jim Justice, the governor of West Virginia, needs to comment on his interview and ask for his resignation. America has no place for hate, and if we allow hateful messages like this from politicians, we will never be fully equal in the face of safety and love.

We as a country have no time to deal with such a hateful and violent belief from anyone, regardless of his or her political party.